Toronto was a brick-making town. Going through the city today, you would not realize it right away. This lost and remade industrial and natural geography is remarkable. Great clay refining enterprises from the Don Valley to Leslieville to Yorkville to North Toronto to the West Toronto Junction now carry transformed greenspaces or residential communities. The Evergreen Brick Works is one of those spaces. 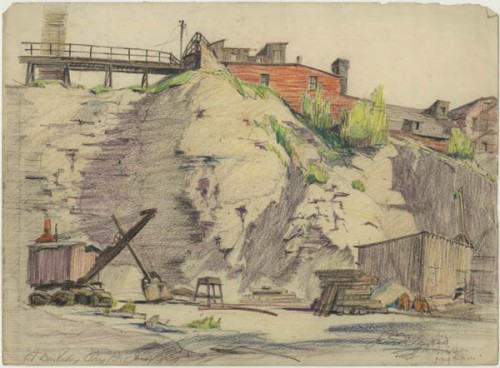 The Don Valley Brick Works began operations in 1889 and lasted quite a long time, providing the literal building blocks for the city of Toronto until 1984 — not a long time ago. One can think of the Brick Works as the last bastion for smokestack-raising, pollution-spewing, heavy manufacturing in Toronto. 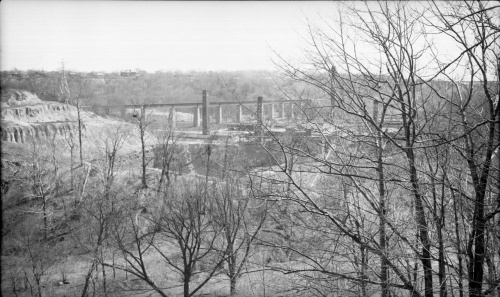 Following its closure, much like a lot of discussions then and now in how to imagine the post-industrial metropolis, the Toronto and Region Conservation Authority and City of Toronto looked to expropriate former brickyard as public space. During this ‘transition’ time, the abandoned factory became a haven for urban explorers.

What came out of it was a rejuvenated community hub and parkland with a mandate for environmental sustainability and conservation, led through the efforts of Evergreen. Much of the complex still stands, showing off ovens and other former operations of the Don Valley Brick Works. Today, they make great event and exhibition space which house among other things a great farmer’s market. Only one of the four chimneys remain, though. 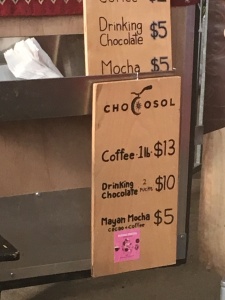 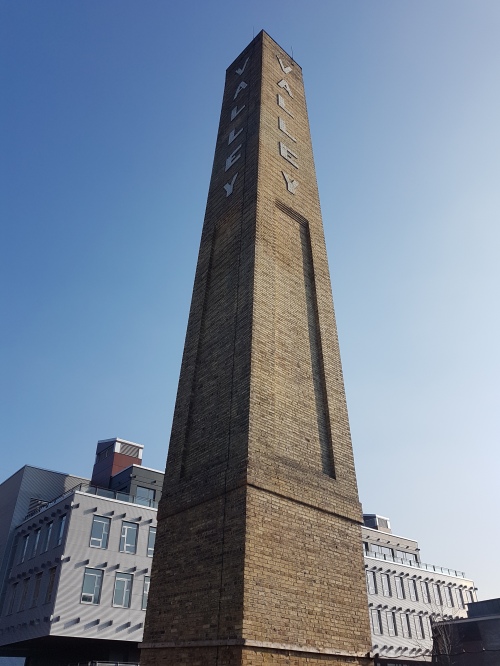 The Evergreen Brick Works is a locale full of discovery, starting with its artistic displays. A favourite of mine is “Watershed Consciousness”, which neatly showcases Toronto’s ravines as the sort of veins and life blood of the city. Fitting. 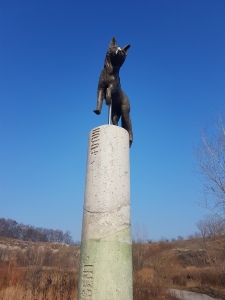 One quizzical installation is a giant pair of metal shoes. This is “Legacy (the mud beneath our feet)” by David Hind, an homage to geologist Arthur Philemon (A.P.) Coleman. Mr. Coleman got his boots dirty many times over at the Don Valley Brick Works, using the quarry’s north cliff to research Toronto’s Ice Ages. A nearby display, “A Rare Geological Study”, presents Coleman’s notes. 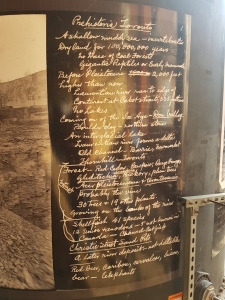 Coleman was instrumental in understanding the literal layers and pre-history of Toronto. He noted ancient beavers, moose, and bison that roamed Pleistoscene Toronto, and also mapped out the old shore of Lake Iroquois.

Map of Toronto and Vicinity To accompany part 1, Volume 22, Report of Bureau of Mines, 1913. Credit: University of Toronto Map and Data Library.

The Pleistocene of the Toronto region Including the Toronto interglacial formation, 1932. Credit: University of Toronto Map and Data Library.

The allure of the Evergreen Brick Works is its physical landscape. Each step offers more discovery and new vantage points. Wandering deeper into the Weston Family Quarry Garden and its tall reconstructed wetland, the factory behind disappears, aside from the chimney. 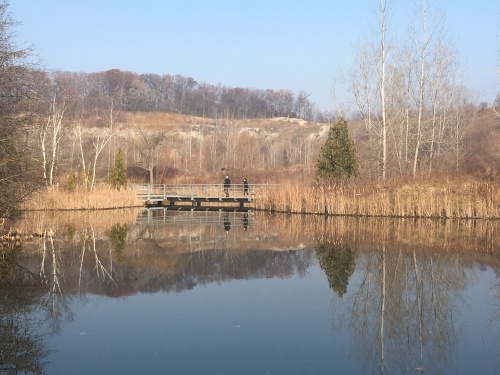 Running between the handsome factory buildings is a channelized Mud Creek (which might be the best and worst name for a waterway in Toronto). There’s a more naturalized version of the stream as well, running under the great Governor’s Bridge as one moves out of the park.

Veering away from the marked trails, there is the abandoned Don Branch of the Canadian Pacific Railway, last operating in 2007. With the Belt Line Trail also nearby it’s the second ghost line of sorts at the Brick Works. Following the CPR tracks takes one to the Half-Mile Bridge, seen as one enters the Evergreen Brick Works.

Perhaps the most inspiring experience of the Brick Works is the view from above. Moving up the cliff one takes in the awe of the full expanse of the site, its winding trails and ponds below, and the houses of Rosedale overlooking the valley.

One can only take in this reclaimed natural landscape and think of its layered makeup. The intersection of industrial, geological, and environmental history make the Evergreen Brick Works make it a special place. A walk around it only proves that.

Posted in Landmarks, Parks and Trails